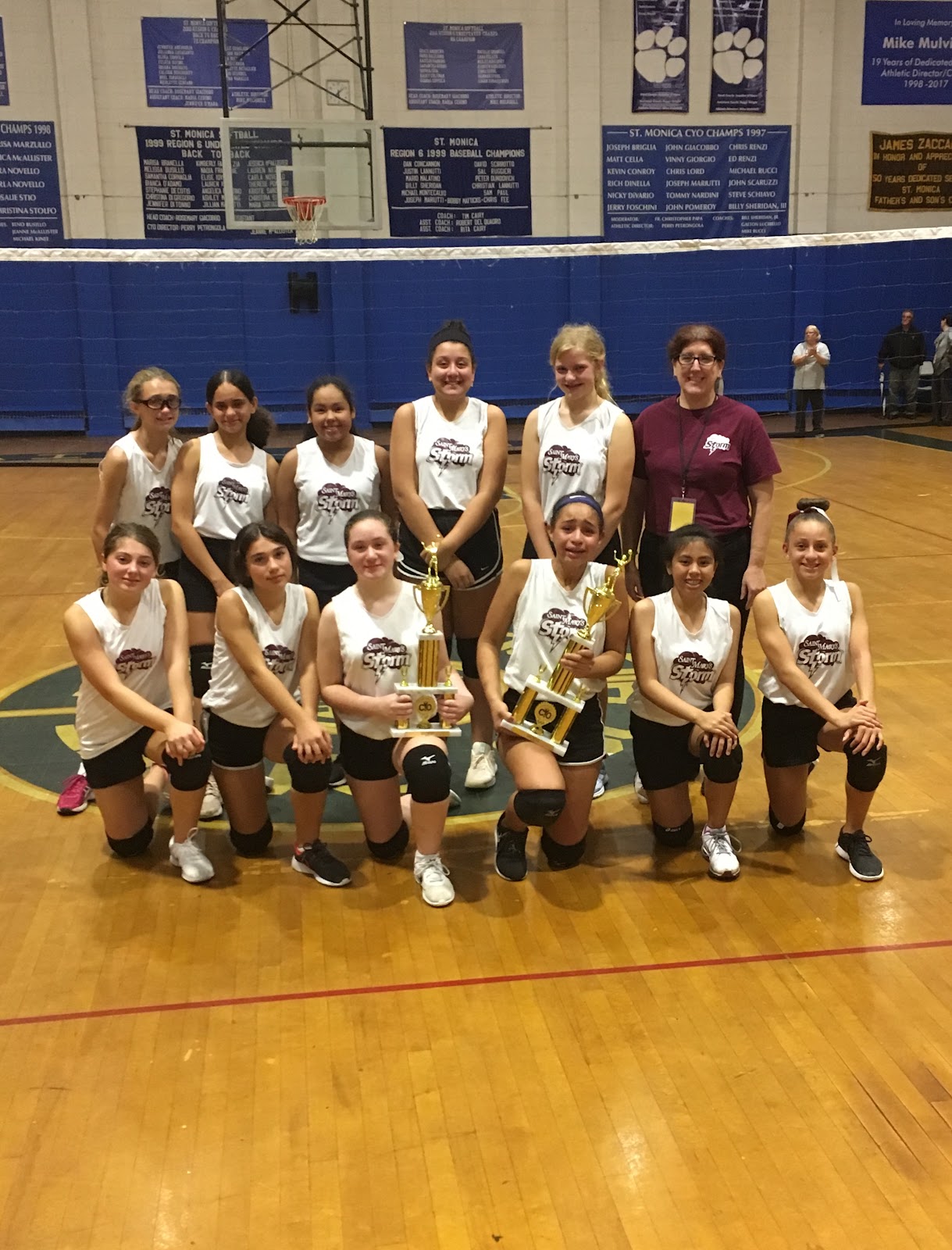 Although they lost by two points in the final game against St. Richard G 3-2 (25-23, 20-25, 19-25, 25-22, 15-13), our team was awarded the regular season first place trophy in recognition of their sustained success throughout the season! We are incredibly proud of their sportsmanship, how well they played, and how supportive they were of each other in each game. The volleyball commissioner said that this game was the best championship game in years! Way to go, Storm! 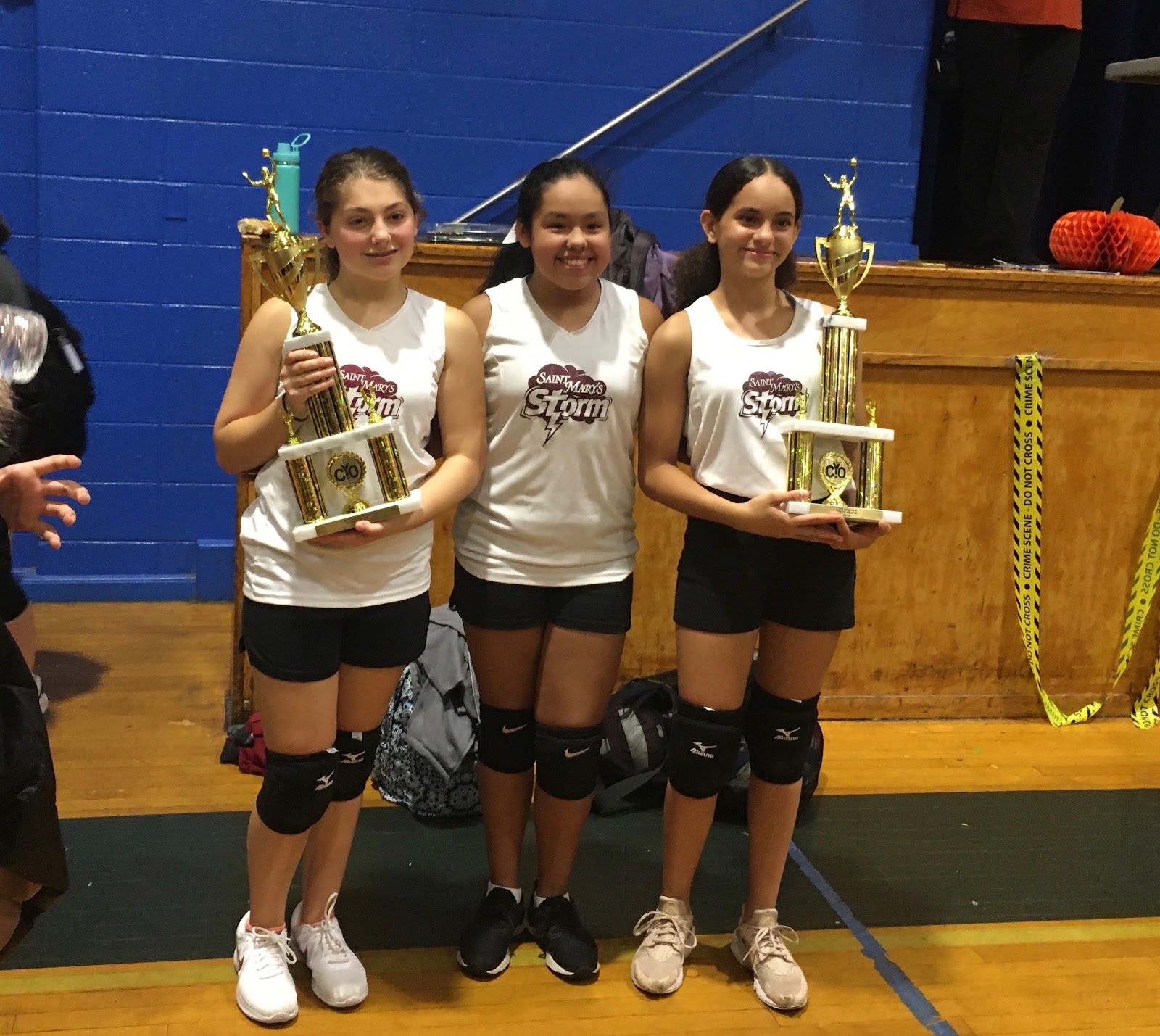 On October 24, five of our players will play in the All-Star Game, 6:30PM at Shot Tower. Come out to support our All-Stars, Ambur, Dami, Sofia, Maria, and Alexa! Go Storm!