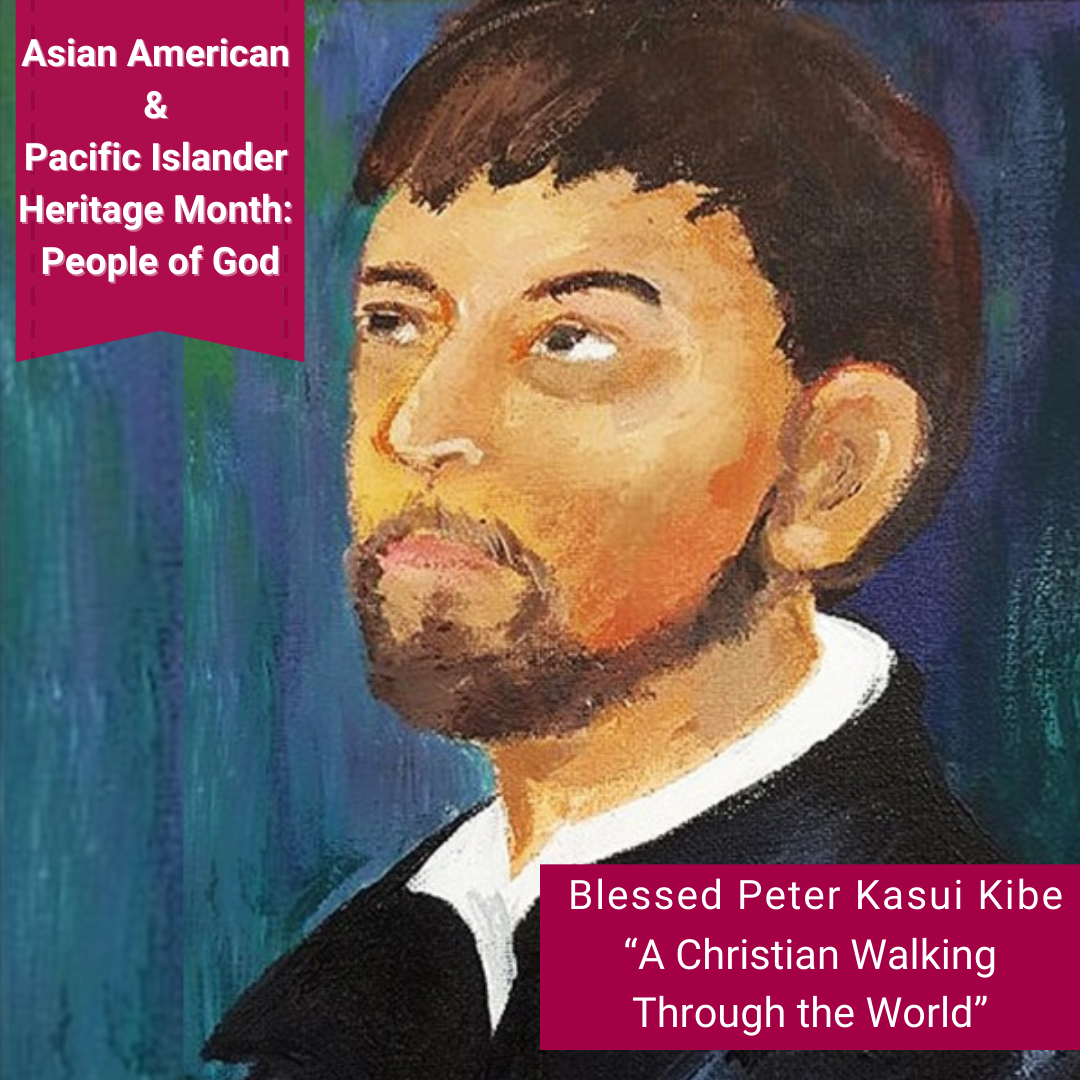 Blessed Peter Kasui Kibe was a Japanese Christian who felt called to be a Jesuit priest. He was born in 1587 in Bungo, Japan to Christian parents, an often-persecuted minority in Japan. When he was a teenager, Peter decided he wanted to become a Jesuit priest.

In 1614, the emperor ordered the deportation of Christians, and Peter was exiled to Macau, an island off the coast of China. In Macau, however, Peter learned Latin and theology at the seminary. Peter applied for ordination, but the Jesuits in Macau were deeply prejudiced against native priests. Peter was determined, however. He left the school with the goal of attending seminary in Rome. Taking a ship around the coast of India, Peter landed in Goa, where St. Francis Xavier, the great Jesuit missionary, had landed many years before.

He went to Portuguese Malacca and Goa in Portuguese India by ship and then left for Europe on foot via Persia, the Strait of Hormuz and Baghdad, finally becoming the first Japanese Christian to arrive in Jerusalem, walking over 3,700 miles to his destination. After a difficult journey that lasted three years, he arrived in Rome after sailing through the Mediterranean Sea. In Rome, Jesuits examined Kibe and found out he had enough knowledge and was suited for the priesthood. On November 15, 1620, he became a Jesuit priest at age of 32 at the Basilica of St. John Lateran.

Fr. Peter Kibe departed Rome in 1623 for India. Father Kibe had a hard decision to return to Japan due to the risk of being a martyr as Japan oppressed Christians and Christian priests' entry to Japan was forbidden, but he knew he had a calling to serve the beleaguered Christians in his home country. He had a very hard time finding a ship that would allow him to board. He traveled around Southeast Asia, and then finally he succeeded in boarding a ship from Manila to Japan in 1630. The shipwrecked, but reached Kagoshima in southern Japan. He was finally able to return to Japan sixteen years after he left home.

Father Kibe hid and escaped from severe oppression and exposure. He went to northeast Japan via Nagasaki and encouraged Christians to practice their faith. For nine years he discretely ministered to Christians until one day he was betrayed when a fellow believer, hungry and poor, sold him out to the Shogun. Kibe was taken to Edo, the imperial capital that is today Tokyo. There he was imprisoned, interrogated, and tortured. Along with two other Christians, he was hung upside-down and eventually executed by the thrust of a guard's spear on July 4, 1639.

The Father Kibe Memorial Park, founded by Father Sekki, can be found in Oita, Japan. Blessed Peter Kibe's statue, which was made by Yasutake Funakoshi, stands at the park. On May 7, 2006, the Roman Curia Congregation for the Causes of Saints declared Father Kibe, along with 187 other Japanese Christians who were martyred, Blessed.

The beatification of Peter Kibe and 187 other martyrs took place on November 24, 2008, in Nagasaki. More than 30,000 people attended the liturgical celebration in Nagasaki Stadium.